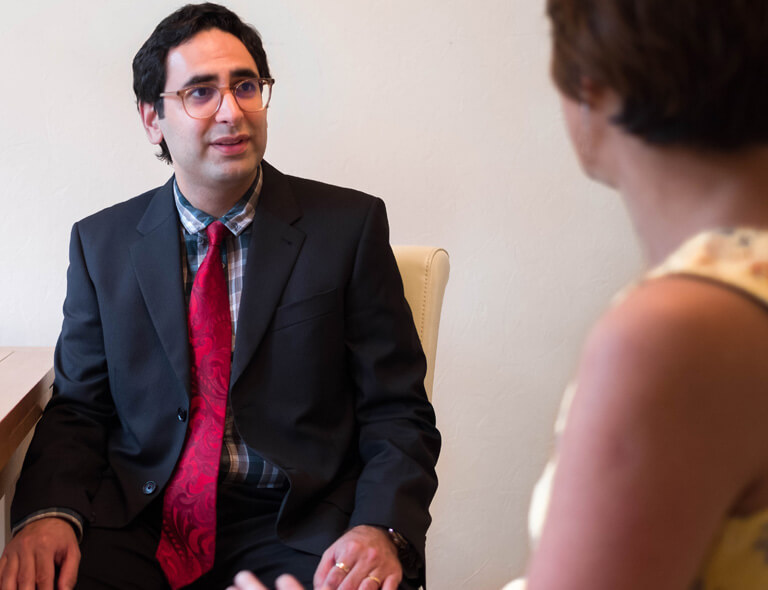 For majority of people the initial assessment with 14 therapy sessions may be enough to help them overcome the problems caused by their tinnitus, hyperacusis or misophonia. For people experiencing severe symptoms treatment may take between 14 to 30 sessions. For people with mild symptoms the initial assessment with 6 therapy sessions may be enough. Our approach is very flexible and dynamic way of reducing tinnitus/hyperacusis/misophonia distress. The aim of the therapy is to learn alternative ways of cognitively reacting to tinnitus and certain sounds (in the case of hyperacusis and misophonia) which will modify the emotional disturbance caused by them. This makes it possible for tinnitus percept to fade away to the background and the loudness and/or intrusiveness of the external noises (in the case o hyperacusis and misophonia) to subside.

Following therapy you are likely to:

Results of a recent service evaluation conducted by Dr. Aazhs tinnitus team on over 500 patients illustrates the change in average of tinnitus loudness, tinnitus handicap, insomnia and hyperacusis handicap. All the changes were statistically significant. 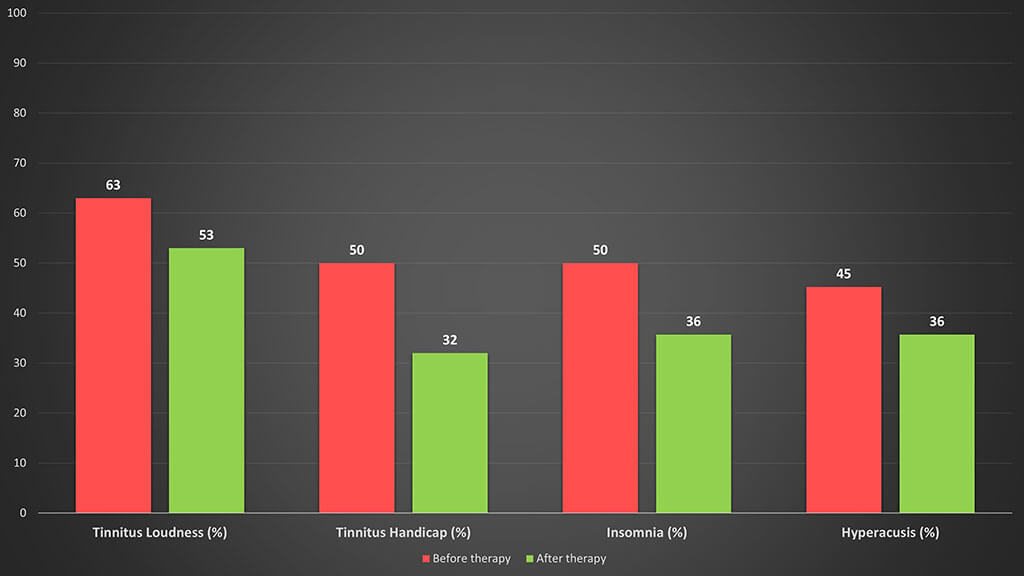 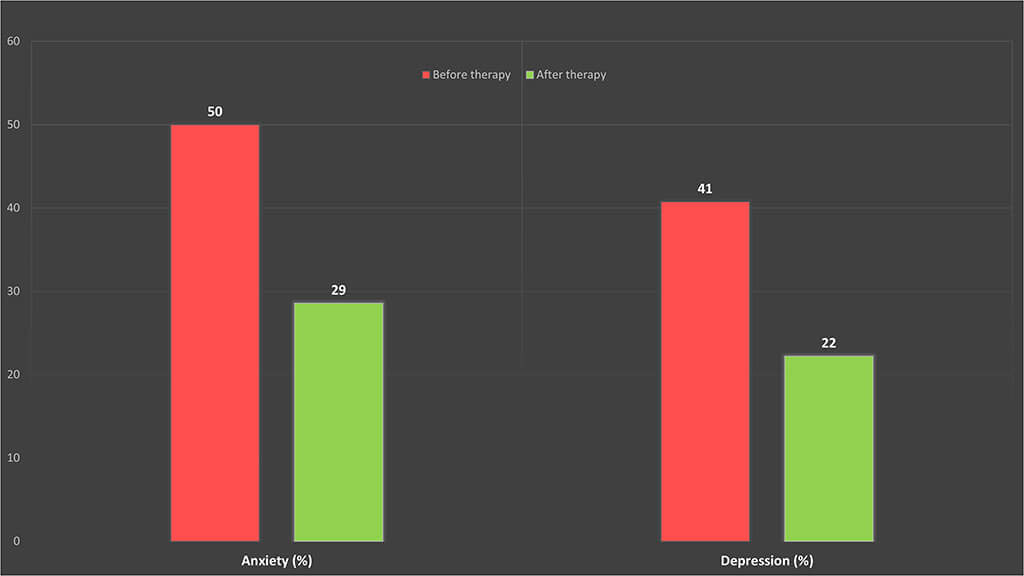 The Table below summarises before- and after-treatment average scores on the questionnaires assessing anxiety disorders which are typically prevalent among people who experience tinnitus and/or hyperacusis/misophonia-related distress. The tinnitus team has made recommendations for onward referrals for further psychological/psychiatric evaluations and treatment to the general practitioners (GP) of all the patients who exhibited abnormal scores on the questionnaires listed below. Most patients who exhibited abnormal scores on these questionnaires had already received some form of treatment for their anxiety disorders via GP or mental health services prior to being referred for tinnitus and/hyperacusis management.

Improvements in the measures of “general”, “social”, and “health” anxieties were statistically significant which highlights that such symptoms in this population were likely to be associated with the experience of tinnitus/hyperacusis/misophonia hence a specialised CBT focused on minimising tinnitus and/or hyperacusis/misophonia-related distress helped. It is worth mentioning that all patients with abnormal scores on the psychological questionnaires were referred to mental health services via their GP for further evaluation and treatment if needed.

However, the changes in the measures of OCD and panic disorder were not statistically significant. This suggests that it is unlikely that symptoms of OCD and panic disorders to be related to tinnitus and/or hyperacusis, therefore more specialised interventions by appropriate mental health professionals are needed. To read the research report with regard to those who need onward referral to psychological services see “the screening questionnaires for tinnitus and/or hyperacusis” study conducted by Dr. Aazhs team in collaboration with the University of Cambridge, Department of Experimental Psychology.