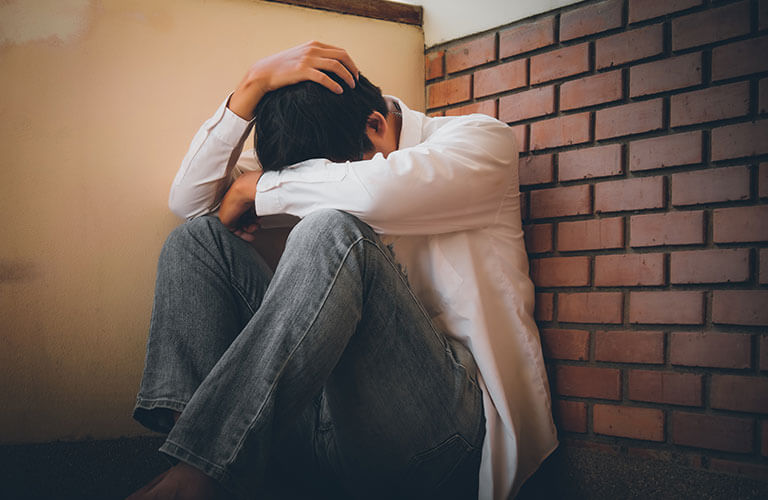 Tinnitus is perception of sound in the ears or head with no acoustic stimulation. People typically describe their tinnitus as buzzing noise, high-pitched noise, hissing noise, whistle, waterfall and grinding wheel, ringing, white noise, wind noise, bubbles, clicks, beep, or humming noise. About 20% of patients are unable to describe what their tinnitus sounds like. Hyperacusis is intolerance to certain everyday sounds that causes significant distress and impairment in social, occupational, recreational, and other day-to-day activities. Intolerance to certain sounds related to eating noises, lip smacking, sniffing, breathing, clicking sounds, and tapping noises is also known as misophonia or annoyance hyperacusis.

What is the prevalence of suicidal and self-harm ideations?

A recent analysis by Dr. Aazh’s tinnitus team including the data for over 650 patients who sought help for tinnitus and/or hyperacusis/misophonia showed that suicidal and self-harm ideations are present in about 15% of the patients.

It is worth mentioning that:

What are the factors that predict suicidal and self-harm ideations in patients seeking help for tinnitus and/or hyperacusis? 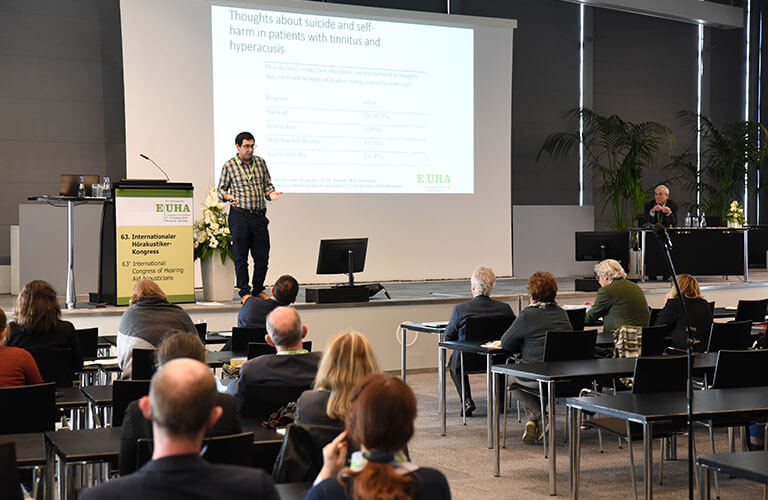 Based on the results of the pioneering studies by Dr.Aazh’s tinnitus team, the two variables that are associated with the risk of suicidal and self-harm ideations are patients’ childhood history of parental mental illness and their current depression level (Aazh et al. 2018; Aazh & Moore 2018).

As shown in the table below, the relationship between childhood history of parental mental illness and the suicidal and self-harm ideations remained significant in the adjusted model. This suggests that even taking into account the impact of depression, which is known to be associated with suicidal risk, the childhood history of parental mental illness has a screening value in identifying patients who may be at risk for developing suicidal and self-harm ideations.

Table. Logistic regression model showing the odds ratio (OR) for suicidal and self-harm ideations (dependent variable). Unadjusted OR values and adjusted OR values and their 95% confidence intervals (CI) are presented (n = 279). The adjusted OR takes into account the effects of age and gender in addition to the effects of other variables in the model. Variables included in the model were presence or absence of parental mental illness and categories based on scores for the THI (Tinnitus Handicap Inventory), HQ (Hyperacusis Questionnaire), GAD-7 (Generalised Anxiety Disorder), and PHQ-9 (Patient Health Questionnaire).

Aazh, H., Landgrebe, M., & Danesh, A. A. (2018). Parental mental illness in childhood as a risk factor for suicidal and self-harm ideations in adults seeking help for tinnitus and/or hyperacusis. American Journal of Audiolgy, [in press]