In their new paper published in the Journal of the American Academy of Audiology, Dr Hashir Aazh and his collaborators studied the incidence of the perception of tinnitus in dreams among patients seeking help for tinnitus and/or hyperacusis.

Dr Hashir Aazh, Jenni Stevens (Royal Surrey County Hospital) and Professor Brian Moore (University of Cambridge) studied the incidence of the perception of tinnitus in dreams among patients seeking help for tinnitus and/or hyperacusis and to assess whether this is related to the severity of tinnitus and/or hyperacusis. This was a retrospective study. The data for 148 consecutive adult patients who attended a tinnitus/hyperacusis clinic in the United Kingdom were included. The average age of the patients was 56 years (standard deviation [SD] = 15 years).

To sum up, a small proportion of patients reported hearing tinnitus in their dreams and this was associated with higher tinnitus handicap as measured via the tinnitus handicap inventory. These preliminary results may indicate that those who are greatly affected by their tinnitus are more likely to hear it in their dreams or to be woken by it. Future studies should use methods that can be used to reliably assess if and when tinnitus is perceived during the sleep cycle, using more physiological measures and testing a wider population. 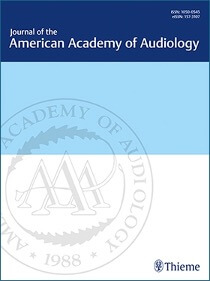 Dr Hashir Aazh Has Been Recognised as the Number One Expert in Hyperacusis in Europe and the Second in the World!

Dr Hashir Aazh Talks to the Independent About Misophonia

The 2021 Ranking, Recognised Dr Hashir Aazh to Be In the Top 0.4% Among Tinnitus Experts in the World

Internal Consistency And Convergent Validity Of The Inventory Of Hyperacusis Symptoms

Telehealth Tinnitus Therapy During The COVID-19 Outbreak In The UK: Uptake And Related Factors