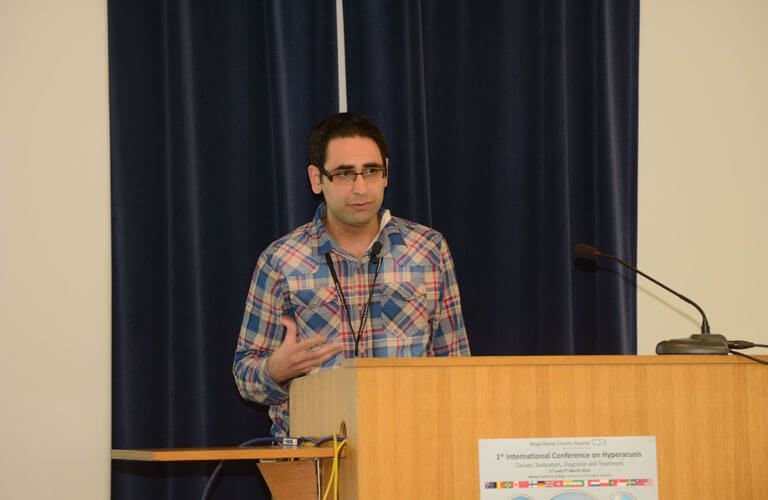 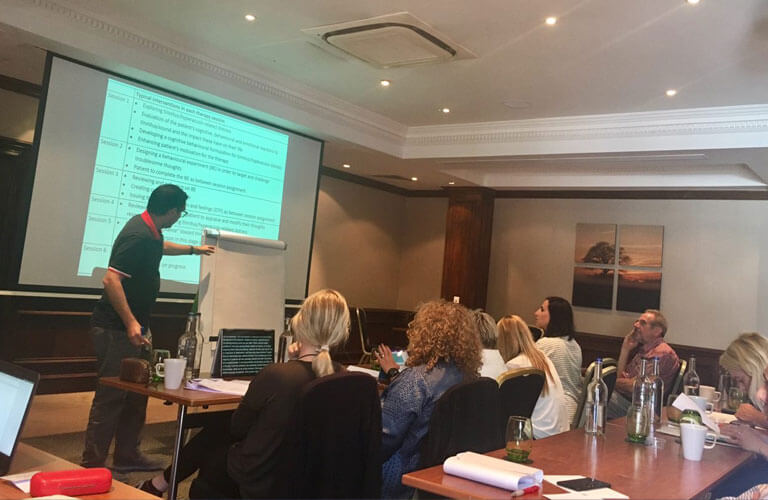 Tinnitus is perception of sound in the ears or head with no acoustic stimulation. People typically describe their tinnitus as a buzzing noise, high-pitched noise, hissing, whistle, waterfall and grinding wheel, ringing, white noise, wind noise, bubbles, clicks, beep, or humming. About 20% of patients are unable to describe what their tinnitus sounds like. Hyperacusis is intolerance to certain everyday sounds that causes significant distress and impairment in social, occupational, recreational, and other day-to-day activities. Intolerance to certain sounds related to eating, lip smacking, sniffing, breathing, clicking sounds, and tapping noises is known as misophonia or annoyance hyperacusis.

Use of these questionnaires in tinnitus and hyperacusis clinics is to identify patients who may benefit from onward referral to mental health services and is not a replacement for psychological/psychiatric evaluation by mental health professionals.

What are the psychological questionnaires that you should expect to complete when referred to a tinnitus and hyperacusis clinic? 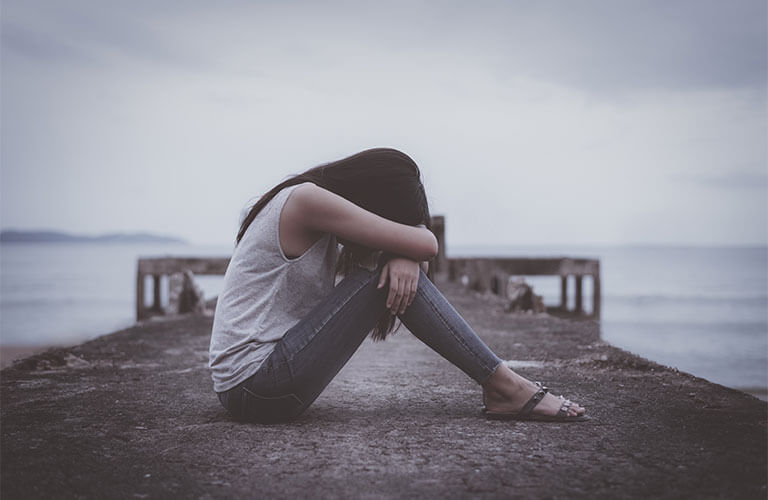 The questionnaires described below assess anxiety disorders and depression which are typically prevalent among people who experience tinnitus and/or hyperacusis/misophonia-related distress (Aazh & Moore 2017). Dr. Aazh’s research shows that over 65% of the patients seeking help for tinnitus and/or hyperacusis meet the caseness criteria for at least one psychological test. The caseness refers to the recommended cut-off score by the UK mental health system for abnormal psychological symptoms (IAPT 2011). For details of the study population and statistical analysis see the paper published in International Journal of Audiology.

This is a 7-item questionnaire for assessment of anxiety symptoms (Spitzer et al. 2006). Patients are asked how often during the last 2 weeks they had been bothered by each symptom. Response options are not at all (0), several days (1), more than half the days (2), and nearly every day (3). The total score ranges from 0 to 21. The recommended cut-off score for general anxiety in the UK mental health system is a score of 8 or above (IAPT 2011). This is referred to as meeting “caseness”.

Health anxiety is excessive fear of having a serious illness based on the misinterpretation of bodily sensations (American Psychiatric Association 2000). The SHAI has 18 items. Each item consists of four statements in which the individual is instructed to select the statement that best describes their feelings over the past two weeks. Item scores are weighted 0–3 and are summed to obtain a total score between 0 and 54. The score that is used in mental health services in the UK to indicate caseness is 18 or above (IAPT 2011).

The OCI–R (Foa et al. 2002) is the short version of the OCI (Foa et al. 1998) and is a self-report questionnaire to assess symptoms of obsessive compulsive disorder (OCD). The OCI-R contains only 18 items. Items are rated on 5-point Likert-type scale (0-4) giving total scores between 0 and 72. Patients are instructed to circle the number that best describes how much that experience has distressed or bothered them during the past month. This questionnaire has 6 subscales: Checking, Washing, Obsessing, Mental Neutralizing, Ordering, and Hoarding (Foa et al. 2002). Scores of 21 or above indicate the likely presence of OCD for the OCI-R (Foa et al. 2002).

This is a 7-item questionnaire for assessment of panic disorder. Each item has 5 possible answers weighted from 0 to 4 (0= none, higher ratings reflecting more severe symptoms). Patients are instructed to choose the answer that best reflects how they have felt over the past week. For this questionnaire, a panic attack is defined as a sudden rush of fear or discomfort accompanied by at least four of the following panic symptoms: rapid or pounding heartbeat, chest pain or discomfort, chills or hot flushes, sweating, nausea, fear of losing control or going crazy, trembling or shaking, dizziness or faintness, breathlessness, feelings of unreality, fear of dying, feeling of choking, numbness or tingling. The total score is between 0 and 28. The recommended cut-off for caseness in the UK mental health system is a score of 8 or above (IAPT 2011).

The PSWQ-A (Hopko et al. 2003) is a short version of the PSWQ used for assessment of generalised anxiety disorder. The PSWQ-A contains only 8 items. Each item has 5 possible answers with scores from 1 (not at all typical of me) to 5 (very typical of me). The total score for the PSWQ-A is between 8 and 40. A score of 23 or more on the PSWQ-A indicates the presence of generalised anxiety disorder (Wuthrich et al. 2014).

Aazh, H., & Moore, B. C. J. (2017). Usefulness of self-report questionnaires for psychological assessment of patients with tinnitus and hyperacusis and patients’ views of the questionnaires. International Journal of Audiology, 56, 489-498.